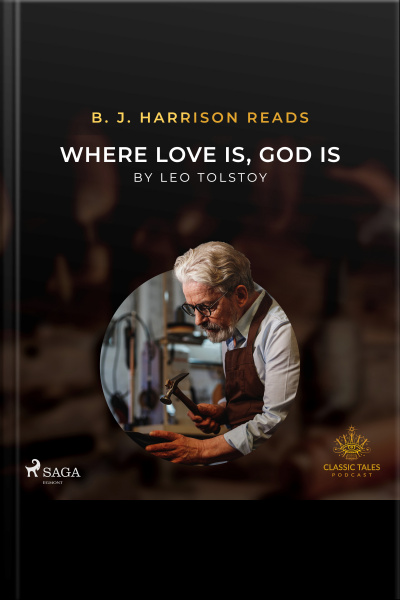 B. J. Harrison Reads Where Love Is, God Is

B.J. Harrison reads the classic by Russian writer Leo Tolstoy. Martin Avdeitch is a devoted shoemaker, who works in his basement and meets sorrow in life. His family has died, except for one son. When he faces a crisis, he turns to God to look for an answer to his hardships and find meaning in his life again. The short story "Where Love Is, God Is" from the late 19th century has been adapted to television, including the award-winning television film Winter Thaw (2016) starring John Rhys-Davies.