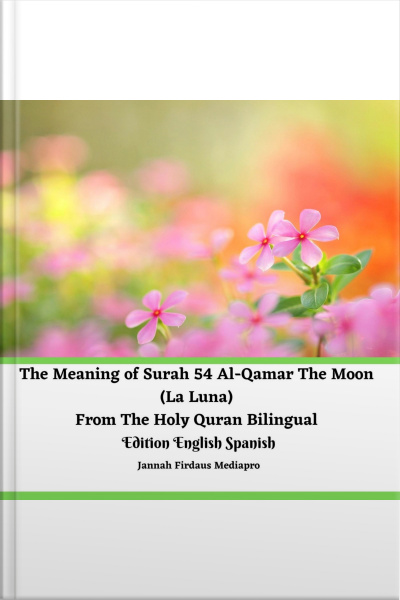 Audiobook The Meaning of Surah 54 Al-Qamar The Moon (La Luna) From The Holy Quran Bilingual Edition In English and Spanish Languange.

The Surah revolves around the Signs of Allah SWT (God) and those who believe and deny them from amongst the polytheists. The splitting of the Qamar [moon] is amongst the great signs shown by God to the people of Makkah which they still resulted on them continuing their disbelief.

The Surah talks about the approaching Day of Judgment. It describes some of the scenes of that Day. It also tells us that Allah's judgment may come here and now. There are references to the flood that came at the time of Prophet Noah AS, the punishment of the people of 'Ad, Thamud, People of Prophet Lot AS, the Pharaoh and his people. It ends with the good news for the Believers who will be near their Lord in the gardens of bliss. This Surah takes its name from the first Ayat: