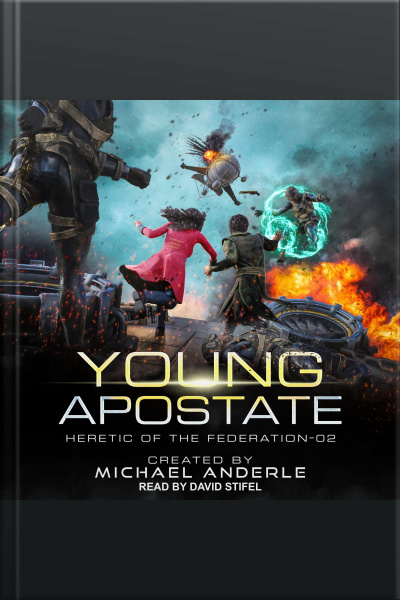 One Heretic. One Apostle.

She's lost in space. He's being hunted by a world-wide government.

How do you cope when you find you've lost twenty-eight years and your homeworld is falling apart? How do you fight when you haven't been taught? How far do you run when the whole world is looking for you? How do you survive in the middle of a radioactive wasteland?

Forced from hiding, John seeks a way to bring down the Regime. Joined by an unexpected ally, he flees across the globe seeking both sanctuary and answers. On the edge of known space, the Heretic has to repair a crippled ship and discover the state of the worlds she left behind.

John's faith in a mythical figure return carries him forward. But how will that faith protect him from the Regime?

Will the Witch of the Federation return in time to save him and a world that takes her name in vain?