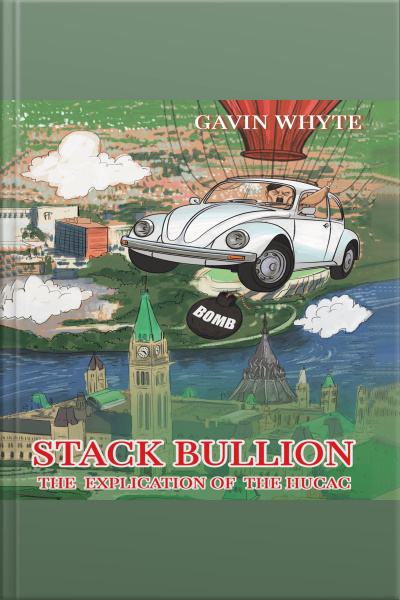 Is Sex & Drugs & Rock ’n’ Roll a communist plot or is society just licentious? Is a conspiracy of rotten eggs from Moscow out to sap the vital fluids of red-blooded Canadians? Darien has emerged as an organized crime wave, and former Chief Inspector Jacques Gaffeur and his nephew, Wilhelm Gaffeur, Professor of Scatology, commit themselves to gather evidence on Darien and arrest him and his aide-de-camp, Alois Schicklgruber, with the help of the RCMP. Or is the Canadian government right and will inject freedom-loving Canadians with a microchip in their brain in order to instruct their thoughts unless Canada’s Socialist Party, the NDP, re-programs left-leaning Canadians to fight a guerrilla war against the Canadian government while uploading a subliminal message to vote for NDP? Will they succeed? Read Stack Bullion and the sequel, The Explication of the HUCAC, to find out.