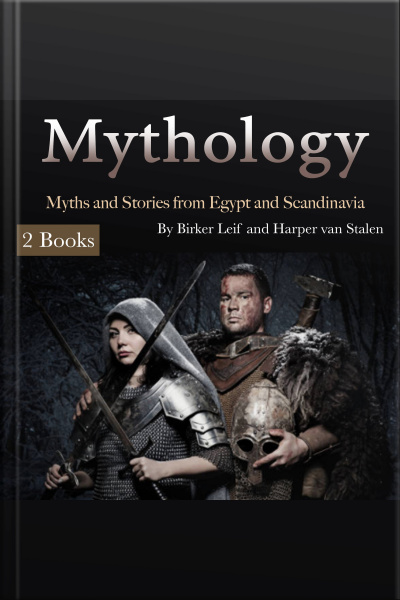 Mythology Myths and Stories from Egypt and Scandinavia

There are 2 titles in this book, which are:

Book 1: Historical and mythological anecdotes are given in this fascinating compilation of stories and facts.

Some of the things you will read about or listen to, concern the following:

- The meaning of the word Viking.

- How Vikings in Norway were, in particular.

- Stories about the creation of the Cosmos.

- The famous tale of Ask and Embla.

- Thor’s hammer and its background story.

- Asgard and its significance in Norse mythology.

Book 2: There are many gods and goddesses the ancient Egyptians believed in. Today, we will explore some of the most important ones, as well as expand on the stories of some heroes and characters that haven’t been forgotten through the ages.