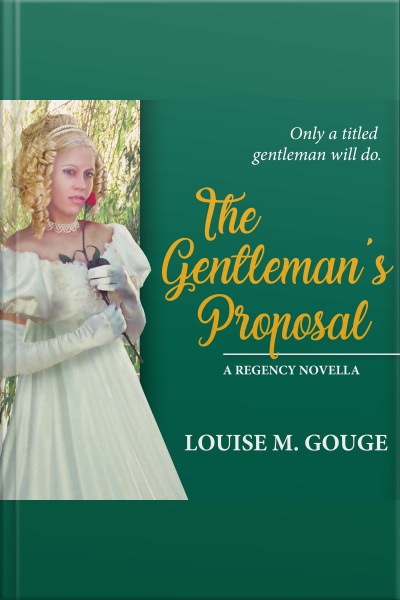 The Gentleman's Proposal A Regency Novella

Elizabeth Moberly, wellborn daughter of a decorated captain of His Majesty’s royal navy, is determined to marry a titled nobleman, for the only wealth and privileges of a peer of the realm will provide sufficiently for her future children. When Philip Lindsey, an untitled stranger, puts a stop to her beloved cousin’s wedding, Elizabeth resents him for intruding even as she finds herself attracted to the handsome gentleman’s fine manners and strong faith.

Philip Lindsey cannot permit his beloved sister’s fiancé to run off with the dowry she kindly gave him before the wedding and then marry another bride. Surprised to find an ally in the bride’s uncle, Philip accepts the naval captain’s invitation to stay in his home until the legalities of the matter can be sorted out. While there, Philip struggles against his growing attraction to the captain’s lovely, charming daughter Elizabeth. After all, the young lady has made it clear that she plans to marry a peer. Although the grandson of an earl, Philip has no title. Should he take on the challenge of trying to persuade lovely Elizabeth to be content with the title of Mrs. Lindsay, beloved wife?