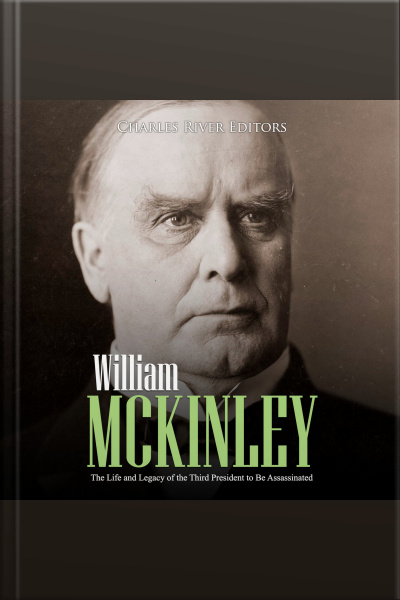 William McKinley: The Life and Legacy of the Third President to Be Assassinated

Although he is often overlooked in American history today, few presidents marked a turning point for the country quite like William McKinley. As the last president to have served in the Civil War, he represented the end of an era, while at the same time his pro-business policies set in motion the Progressive Era, a period almost universally associated with Theodore Roosevelt.

Of course, the reason that period is aligned with Roosevelt is because McKinley had the unfortunate distinction of being one of only four presidents to be assassinated. In September 1901, the city of Buffalo was full of celebration. The Pan-American Exposition was ongoing, and it brought notable figures to northern New York, including President McKinley, who had been reelected less than a year earlier. But also in Buffalo was Leon Czolgosz, a young man who had turned to anarchy years earlier after losing his job, Embracing his philosophy wholeheartedly, Czolgosz believed it was his mission to take down a powerful leader he considered oppressive, and McKinley’s attendance gave him the chance.

President James Garfield had been assassinated just 20 years earlier, but McKinley didn’t worry about presidential security or his own safety, and that was the case in Buffalo. McKinley’s insistence on greeting the public and shaking hands allowed Czolgosz to walk up to him on September 6, 1901 at a public reception in the Temple of Music on the expo grounds and shoot him point blank, with one bullet grazing the president and another lodging in his abdomen. In the aftermath of the shooting, as Czolgosz was beaten and seized by the crowd, he uttered, "I done my duty." For his part, McKinley said, “He didn't know, poor fellow, what he was doing. He couldn't have known."