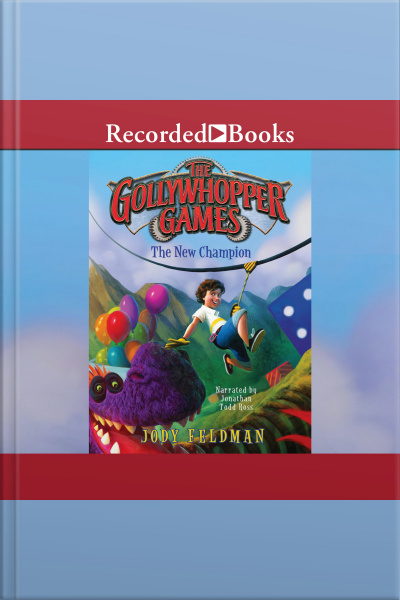 The Gollywhopper Games The New Champion

Some people are born winners.

Not Cameron. His older brother, Spencer, is the one who always wins. Cameron is the loser.

So what is Cameron even doing in the second Gollywhopper Games? Solving puzzles, that’s what.
Doing stunts. Racing against the clock. But it’s not as if he has a real chance. Not like Spencer. Not
like the 999,999 other kids competing—on national TV inside a giant toy factory!—for one million
dollars. Plus instant fame. Plus bragging rights for eternity.

Cameron won’t be the winner. He knows that for sure. But there are a few things Cameron doesn’t
know. …

For fans of Charlie and the Chocolate Factory and The Mysterious Benedict Society, here are brainscrambling puzzles, nonstop action, and surprises around every corner!