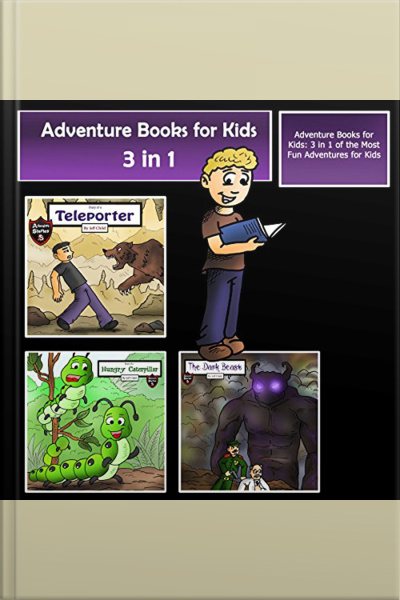 Story one: Eric is dark, lonely, and misunderstood. He gets angry when others stare at him, discovers his new abilities but doesn’t know how to use them. Desperately, he is trying to find his own kind. His search seems to have no end, until he meets Alexander, another Eric with solutions and answers. Can he show Eric the way home and help him control his powers? Don’t wait to find out more about this interesting strange boy, who turns out to be capable of far more than he realizes.

Story two: Follow the story of this caterpillar, who lost his family and suffered from amnesia, forgetting his own name and those of his siblings and parents. He is always hungry, but what’s more important is that he searches for truth. He searches for a solution to his problem. On the way to the dangerous underworld, the Lava Cave, he is accompanied by another caterpillar. Together, they venture for the diamond of wisdom in the hope that it will tell the little caterpillar of its origin. Don’t miss this fun adventure and find out how this brave creature discovered his true identity.

Story three: A giant creature, an intelligent professor, and a tough corporal are about to confront each other with their best and worst characteristics. The end of the city is apparent, but the disaster can still be prevented. The destruction can still be countered. Are the two inhabitants of this metropolis able to combine forces and come to an agreement, so that they can battle the monstrosity towering over the homes of its innocent victims? Listen now! Find out more about this unfolding adventure with soldiers, chemical labs, and secure plans to defeat an evil being.