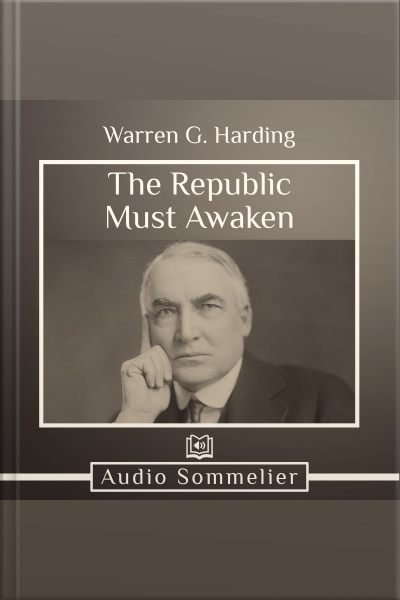 The Republic Must Awaken

During his time as Ohio Senator and member of the Senate Foreign Relations Committee, Harding stood against the League of Nations Covenant proposed by President Wilson. It was this speech that turned the tide of public opinion against Wilson's efforts, leaving the U.S. - for better or worse - to stand on its own. Harding believed that the League would force the U.S. into unnecessary wars and moved the people to his side with his compelling speech.