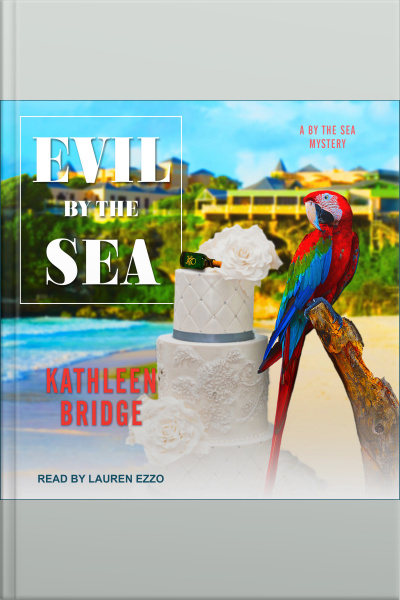 Evil by the Sea

Liz Holt is bewitched, bothered, and bewildered when a wicked killer objects to a Wiccan wedding . . .

Island life can get pretty weird. Wiccan weddings, psychic brides, mermaid parades, eccentric parrots . . . Novelist Liz Holt has gotten used to it since moving back to the barrier island of Melbourne Beach, Florida, and once again working in her family's hotel and emporium, the Indialantic by the Sea. But one thing she'll never get used to is murder.

Groom-to-be and leader of the Sunshine Wiccan Society, white warlock Julian Rhodes is poisoned at his rehearsal dinner on the hotel's sightseeing cruiser. His psychic bride, Dorian Starwood, never saw it coming. An old friend of Liz's great-aunt Amelia, the celebrity psychic engages Liz to find out who intended to kill her intended. With her Macaw, Barnacle Bob, squawking "Pop Goes the Weasel" at Dorian's pet ferret, and the streets teeming with mermaids in tails, Liz has got to wade through the weirdness and cast a wide net for the killer—before she's the next one to sleep with the fishes . . .