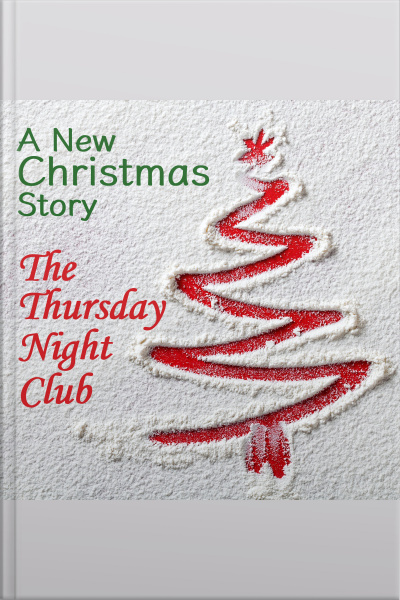 An unforgettable Christmas story that will make your heart soar . . . and maybe even help you see the spirit of Christmas in a new way.

Based on the novella by bestselling author Steven Manchester, here is an extraordinary Christmas story about four friends who discover new ways to live the Christmas spirit and the one remarkable friend who guides them all. Ava, Izzy, Kevin, Randy, and Jesse have been best friends since their freshman year of college, and they've dubbed themselves "The Thursday Night Club" in honor of the Thursday night pot lucks that served as the foundation for their relationship. Jesse, who believes that Christmas is first and foremost about giving of yourself to help others, has been trying to get the rest of the club to follow her lead, and this year – their senior year – they have finally agreed. But, of course, being the Thursday Night Club, they need to turn it into a contest. And what starts as a lighthearted competition among friends becomes something so much more as Christmas Eve draws near.

Starring singing sensations Kurt Hugo Schneider and Madilyn Bailey along with Alladin on Broadway's Arielle Jacobs, Dear Evan Hansen's Noah Galvin, Beautiful's Ashley De La Rosa, and two-time Golden Globe winner Kathleen Turner, The Thursday Night Club is a stunning production on every level and one you will want to revisit for Christmases to come.