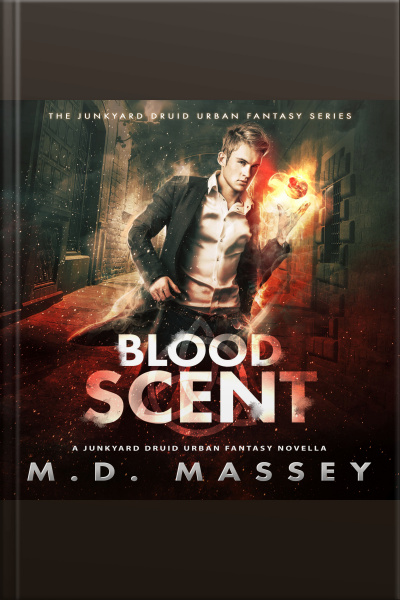 After the loss of his girlfriend Jesse, druid-trained hunter Colin McCool swore off monster-hunting for good. Now a rogue vampire is killing the weak and defenseless in his city, and no one else seems to care enough to stop him. To end the slaughter, Colin has agreed to take up his sword one last time… but will this “one final job” be the death of him?

Colin’s life has finally regained some semblance of normalcy after the death of his girlfriend, Jesse. He no longer hunts supernatural creatures. He has a job working in his uncle’s salvage yard that he enjoys. He’s even planning to start college in the fall.

And, he lives inside six acres of scrap iron, steel, and magical wards that keep the fae and other denizens of Austin’s paranormal underworld far, far away from him.

Which is just how he likes it.

So when he runs across a rogue vampire on the hunt, his first instinct is to report it to the local coven leader and then mind his own business. But Colin just can’t stand aside and watch as innocent people are slaughtered.

Which is why he’ll take up his sword one last time, for one final job. But with witches, doppelgangers, and demigods involved, this gig is turning out to be a lot more complicated and dangerous than he expected.

Hopefully, this “one last job” won’t truly become his last...

(Note to readers: The events in this 30,000 word novella occur before Junkyard Druid. It can be read as a prequel to the Junkyard Druid/Colin McCool New Adult Urban Fantasy Novel Series or as a standalone novella.)